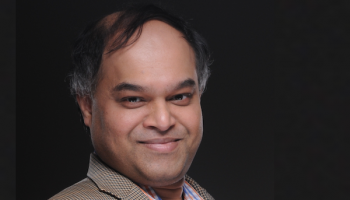 Ajit Jaokar is the Founder of Futuretext and Digital Policy Expert. His work is focused on researching Digital policy, Smart cities, Open systems including White space networks, The mobile web and the wider application of technology to humanity and open societies.

In 2009-2010, Ajit was nominated as part of the Global Agenda Council on the Future of the Internet by the World Economic Forum. Ajit chairs Oxford University’s Next generation mobile applications panel and conducts a course on Web 2.0, Social networking, Mobile Web 2.0 and LTE services at Oxford University.

Ajit’s thinking is widely followed in the industry and his blog, the OpenGardens Blog, which was recently rated a top 20 wireless blog worldwide.

His consulting activities include working with companies to define value propositions across the device, network, Web and Social networking stack spanning both technology and strategy.

He has worked with a range of commercial and government organizations globally including The European Union, Telecoms Operators, Device manufacturers, social networking companies and security companies in various strategic and visionary roles.

Ajit lives in London, UK, but has three nationalities (British, Indian and New Zealander) and is proud of all three.

He is currently doing a PhD on Internet of Things, Privacy and Reputation systems at UCL in London. Ajit is a fan of animation especially Tom and Jerry, Tintin and Asterix and likes the music of ZZ Top and other rock bands.

Ajit Jaokar on the Web