Every aspect of our economy and society is set to be reconfigured by technological forces that only a handful of increasingly powerful companies have mastered. In Vaporized, digital pioneer Robert Tercek reveals the inner workings of the largest cultural and economic shift since the industrial revolution, and explains its implications for retail, finance, employment, education, and even our human identities. Entertaining, accessible and relevant, Tercek provides proven strategies and a practical blueprint for success that no business leader can afford to ignore.

Included in this post is an excerpt from the book: Chapter Seven: Smart Things and the Data Layer. This chapter romps through the bizarre funhouse known as the “Internet of Things” where reliable industrial-era artifacts like the Edison lightbulb are reinvented as finicky, insecure, overpriced digital gadgets.

This chapter explores the smart stores, smart appliances, connected cars and wearables of our present and near future, and it mulls the prospect of pervasive mass tracking and digital surveillance. Ultimately, IOT is not really about things: it’s about control over the data that streams silently from those smart things.

Excerpt from Vaporized: Surveillance Society and the Opt-In Panopticon

“In the next decade, several Internet of Things initiatives will converge to provide the technological foundation to enable our identity and movements to be monitored, tracked, recorded, and archived in such a way that they can be easily retrieved for subsequent comparison and analysis. A combination of six converging trends will usher us into a brave new world in which most devices on the street and in the home will constantly record human activity:

Some of this surveillance will occur with our consent, some of it will take place without permission, and most of it will remain unnoticed by those observed.

By 2025, it is likely that most (or perhaps all!) of human activity in urban centers will be recorded with a degree of precision that is very difficult to imagine today. One reason this notion is hard to accept is that it reverses the experience our grandparents had during the previous century of migration from rural areas to cities. Their experience fostered the conviction that cities are zones of anonymity. Ubiquitous surveillance technology in our time will betray those convictions.”

Read on here for more on this chapter or get the book on Amazon.

Or better yet, pick up a copy at your local independent bookstore. After all, not everything needs to be vaporized.

More posts on the Internet of Things:

Unlocking The Potential Of The Internet Of Things (Nice McKinsey Report)

Why The Internet Of Things Will Drive A Knowledge Revolution

Understanding The Internet Of Things

The Internet Of Things: Far Bigger Than Anyone Realizes — Part 2

The Internet Of Things Landscape

And some #IoT images courtesy of Gerd Leonhard 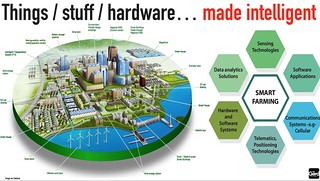 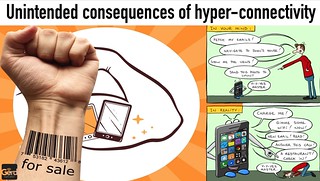 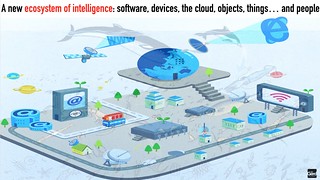 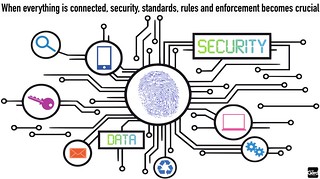